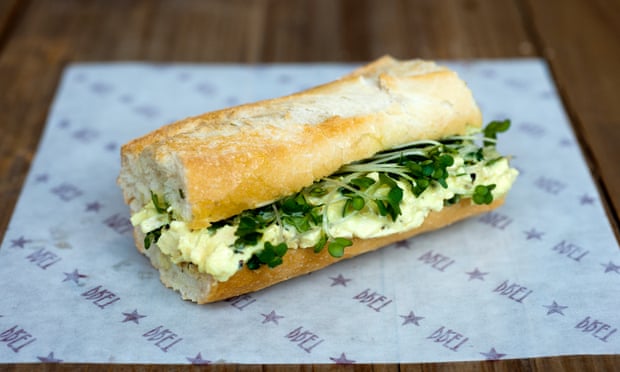 Pret has given us details about the new vegan sandwiches it promised a couple of weeks back. The Guardian has got scoop and reports that two baguettes, one wrap and a sandwich will go on sale next week but only in its handful of veggies stores.

As promised there are vegan versions of the most popular Pret sarnies including the tuna baguette and BLT.

It is not really fake meat in a Quorn/Soya style way – though there is tofu in one of the sandwiches. Rather Pret has used chickpeas to mimic the texture and flavour of tuna and mushrooms to replicate bacon and duck in the plant-based versions of the bestselling tuna baguette, BLT, egg mayo baguette and hoisin duck wrap.

They will be sold, initially, exclusively in the standalone Veggie Pret shops which sell only vegetarian and vegan products, but if successful they will be stocked in the main chain too.

Hannah Dolan, Pret’s global head of food innovation, said “these have been nine months in the pipeline and we have gone to great lengths to ensure that the new versions have all the tastes and textures of the original sandwiches they were inspired by,” she said.

So those sandwiches in full

Chuna mayo baguette replicates the tuna mayo and cucumber original with crushed chickpeas flavoured by chopped pickled onions and capers – and a hint of seaweed – and mixed with vegan mayonnaise.

The eggless mayo is filled with finely chopped tofu in vegan mayonnaise.

So what do y9ou think – which one are you going to be eating first?