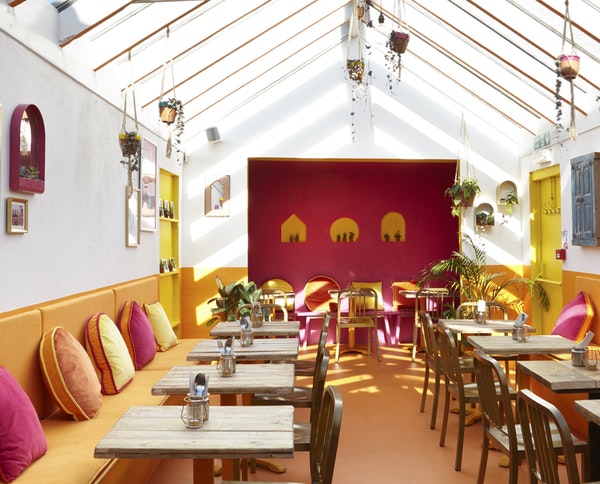 Great news if you like a bit of vegan curry. Walthamstow Indian legends Spice Box has been raising money on crowdfunding platform Seedrs so it can fund a massive national expansion. And It smashed its target of £275k in just a few hours.

The restaurant offers a very contemporary take on Indian food with all the meat ditched in favour of jackfruit, mushrooms and soya based options and has been a huge hit since opening in Walthamstow, north London in January. Spice Box also offers locals a take away scheme called The Tiffin Club which is based around sustainable packaging.

The money will initially fund a second restaurant somewhere outside of the M25.

The founder Grace Regan says “after 2 years of refining our product through street food, in January 2019 we opened the doors to our first neighbourhood curry house in Walthamstow, east London. We’ve been blown away by the love and demand for our award-winning Indian food and are now ready to open SpiceBox #2!

It’s our aim to become the UK’s number one Indian food brand, with curry houses on high streets up and down the UK and retail products in supermarkets nation-wide.”

Also raising money is Erpingham House, the UK’s largest vegan restaurant located in Norwich, which has raised more than £134,000 in its bid to open a second location in Brighton.

The entrepreneur Loui Blake, who also runs the Kalifornia Kitchen in Shoreditch London, said “investment will go to opening our second location in the U.K’s vegan capital, Brighton, which has huge demand but lacks more formal vegan dining,” the crowdfunding website states.

“This is the next stage in our founding teams’ plan for a national roll-out, to bring vegan dining into the mainstream. This is an opportunity to invest in the future of hospitality and our planet, to lessen our impact, and spread a more conscious way of eating out.”

iThere are no comments

Begin typing your search above and press return to search. Press Esc to cancel.